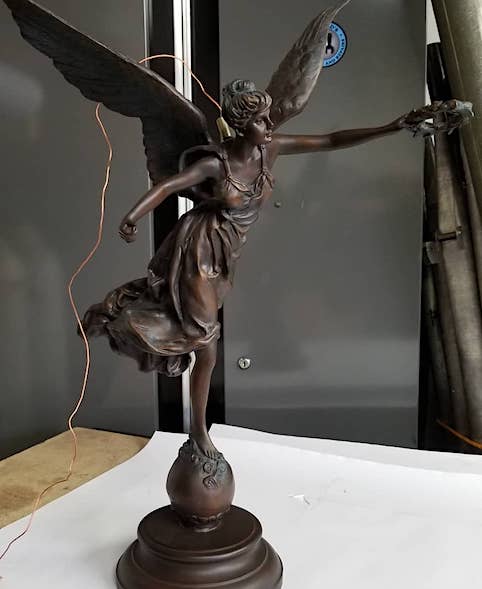 If you slow down and pay attention, allowing yourself to be surprised, you may come to see the thread that connects us to unlikely events and to everything.

If you allow yourself, you may begin to notice the heart in all things.

On Friday afternoon at a café, my husband Donald, who had just completed the silver soldering of a bronze lamp, and who loves all things heritage, was wondering how he might explain his passion for restoring and repairing items so central to his work and core values.

He wanted to prove a point about the importance of such artifacts and why they mattered.

This unique lamp – an angel with a wreath in hand – was obviously important to its owner, whose cat had knocked it over.

But it was more than that.

As Donald worked on it, a memory came to him.

Once as a young boy, he had asked his mother about a similar statue that stands beside Vancouver’s Waterfront Train Station.

It was a war memorial of an angel cradling a dead soldier in one arm and holding a wreath over his head with the other.

Suddenly, with the telling of this tale, Donald’s desire to explain his passion came to life right in front of me.

These seemingly inanimate objects became real all because he had connected them to a meaningful story.

And now just as unexpectedly, the thread of this insight took me back to a workshop I had attended two days earlier where the leader spoke about how we de-animate and de-humanize people when we pressure or bully them to buy from us.

I remember being struck then by the unusual appearance of the word de-animate, and yet how completely appropriate it had been in the context of sales.

And now here I was, a few days later, weaving the idea of how we animate objects, attaching meaning and symbolism as we do through myths, fairy tales and images.

What a glorious convergence of events and ideas reflecting the importance of sensing the inherent heart within objects and the being-ness and essence of all things.

To receive more writings and articles, sign up here and you will receive my e-book on how to grow more loving from the inside out. 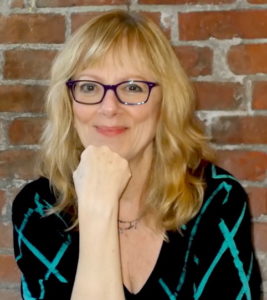